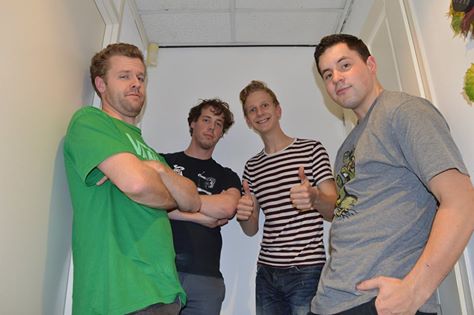 We have a NEW! NEW! NEW!!! DRUMMER!!
So. Today is the day. We announce to you our new drummer. His name is Jos Hoens. He used to drum in Too Loud For Granny (Graftak since he left). We think Jos got a great attitude and he knows how to hit them drums. A great replacement and he’s gonna help us write better and tighter songs then we used to do. It’s awesome!

Also a couple of shows in France are to be announced soon for March. There will be an official welcome show for Jos in Utrecht in 2016. We are working on it. It will probably be the 19th or 26th of February, so mark those dates. We have a party!

We are really happy and so is he. Here’s what he has to say about it for himself:
Since the first time I played together with Martin, Pieter and Gerko I had the feeling there was a musical connection. I love playing the songs from the album and the previous releases. Also the fact that I was immediately involved in the proces of writing new material made me feel good. It feels like I’m a part of Sidewalk already and it shows that after all the band has achieved with Hugo on drums, there is still a lot of ambition to achieve even more. I can’t wait to see you at one of our shows!